Our journey is one of battle and occupation to forge a new home, and adaptation to survive and thrive in Te Tau Ihu, the top of the South Island. Two hundred years later, we have just completed our latest battle, a battle with the Crown to address Treaty breaches and acknowledgment of the effect these breaches had on our tūpuna.

Ngāti Rārua descend from the Tainui waka and originate from the western coast of the King Country, Waikato. Our origins are traced back by whakapapa to the eponymous ancestor Rāruaioio, who married Tupahau, and bore the children from whom Ngāti Rārua is derived. Karewa, son of Tupahau and Rāruaioio married Rāruatere, entrenching the name, and the children of this marriage came to call themselves Ngāti Rārua.

Ngāti Rārua tūpuna came to Te Tauihu o te Waka a Māui in the 1820s and 1830s, are part of the great southwards migration of the Kawhia and Taranaki tribes. Ngāti Rārua were participants in the series of war party or tauā that came to Te Tauihu, and were involved in the resulting battles against the resident Kurahaupō people. These events were soon followed by Ngāti Rārua heke of occupation, whereby Ngāti Rārua established themselves as tangata whenua down the West Coast and across the top of the South Island.

By 1840, Ngāti Rārua were resident in the Cloudy Bay and Wairau districts in eastern Te Tauihu. In western Te Tauihu, Ngāti Rārua maintained seasonal and permanent kāinga at Whakatū, Motueka, Moutere, Aorere, and West Whanganui/Taitapu. In addition, they exercised rights of occupation and resource collection down the West Coast of Te Waipounamu. 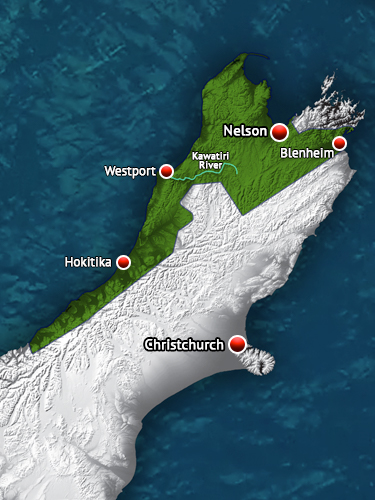 The Ngāti Rārua Iwi Trust was established in 1992 to manage fishing assets and undertake research into the history of the iwi, in order to seek settlement with the Crown on behalf of Ngāti Rārua descendants.

"I’ve spoken of the challenging hikoi we’ve been through; and I’ve spoken about what this signing represents. Make no mistake, we have travelled a long way to get here. The good news is, we are here!" - Amoroa (Molly) Luke

A deed of mandate was submitted in December 2005, and the Crown recognised the mandate on 3 October 2006 to enter negotiations for a comprehensive Treaty of Waitangi Settlement.

An agreement in Principal was signed with the Crown in 2010 and in August 2014, some 22 years after the process for redress commenced, iwi members ratified the agreement. The Act went before Parliament in April of 2015 and in August 2015 the transfer of assets began.

Explore the key events that led to the formation of our organisation and name change to 'Te Rūnanga o Ngāti Rārua', which encapsulates both 'Ngāti Rārua Iwi Trust' and 'Ngāti Rārua Settlement Trust'.

The Ngāti Rārua Deed of Settlement is the full and final settlement of all historical Treaty of Waitangi claims of Ngāti Rārua, resulting from acts or omissions by the Crown prior to 21 September 1992, and is made up of a package that includes:

Read the full Deed of Settlement on govt.nz

Download the booklet sent to members to ratify the settlement deed.